Roman Reigns has been unveiled as one of the cover stars of WWE 2K20. In an exclusive interview with SPORT1, he talks about sharing the cover with Becky Lynch and more. 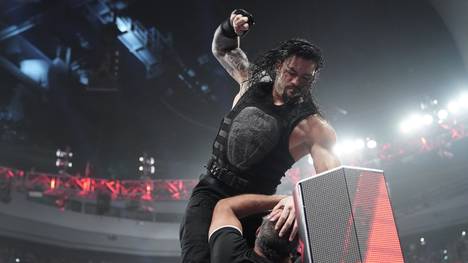 How leukemia has changed his career:

"My perspective on myself is a little different. Before I was just sticking to the drill, busting my ass as hard as I could and in some situations putting myself on the backburner, just worried about everybody I provide for, in my family and my life. Now I have to kind of remind myself to listen to my body, to look where I am with my health. You can't take any chances on that while you also want to capitalize on the potential that God has given me. I don't have too many years left being the athlete that I am right now, so I really wanna maximize the opportunities that I have in the few years I have left. When it's all said and done nobody should be able to say that I didn't kill it." 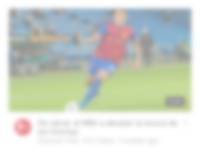 Whether he would be mad if fans would boo him again:

"Nah, I don't care what they do in this case. They paid their money - their hard-earned money - to get to the show. They can do what they wanna do. Everybody's situation is different, we enjoy every way our fans are expressing themselves. As long as you make noise, it doesn't matter to me if it's cheers or boos. The last thing I want is silence, fans sitting on their hands - 'anyone want some popcorn?': That's bad for a performer. I've always had the ability to rub people one way or the other. As long as that continues - heavy cheers, polarizing reaction, heavy boos: I'm all for it."

Whether he really is the locker-room leader:

"I think so. At times leaders don't call themselves leaders but everyone knows who the leader is. I take great pride in the continuity of what we do. Whether it's in the locker room, whether it's adequate respect, treating people how you wanna be treated all the way to respecting what we do when performing and not taking away from other performers.

This place has given me so many opportunities, it's changed my life. I've been progressing in life, becoming a better person, a better man. Any focused professional is gonna protect what he cares about. The NFL teams didn't want to take a chance on me, WWE did. I'll be damned if anyone is gonna disrespect what we do here, especially within our company. If you're within our walls, within our locker room and not handling your business the right way, I have no problem with stepping up. I fear no man and if you don't like what I'm coming from, there's a couple of options we can do. I firmly believe in the history that my family has had in this business, the relationship they had with the McMahons and WWE. And I'll be damned if anyone disrespects our way of life. I've been fed and I fed my family for years now from this meal plan and I'm not gonna let anyone step on that. If that makes me a locker room leader, then yeah, you can call me that."

"Undeniable resilience. She's cut from a different cloth. She brought the fresh air that the world's been waiting for. Her rise, the journey she's been on: It's been many years with all kinds of adversity, injuries, career-threatening injuries: That shows the passion, the drive, that never-say-die attitude. I respect that and as a father to a little girl I think I should do everything in my power to help promote that and ad to the awareness of what our women do: They are killing it. We've got main eventers for days in our women's locker room as well: The Horsewomen, Ronda Rousey, everybody. They did something special and I'm really interested in seeing how they maintain, how they continue to push, to progress, to take everything to new heights, to trailblaze like nobody has before."

His opinion why AEW is no competition:

"I think [Seth Rollins] is being generous in calling them a competition. I don't want to get too deep into this […], I said it before: It's an option and that's great for professional wrestlers, pretty cool for fans. Before my family was WWE only, we've been a territorial family. You had to move, work with different promotions and territorys. I'm always gonna be 'pro pro-wrestler', but at the end of the day: WWE is my home, it's what I represent and we're so far ahead. You can see it in other shows: It's not easy to have a clean production, you have to have a lot of experience. Our talent is top-notch, we've got main eventers for day, but it also is our crew. They're busting their asses all night to get the show running. There's so many people that make this place work. When you see other people out there tryin' to do it, you see the flaws and it makes you respect what we do even more. It's easy to complain and to say this and this on paper, but when it's time to go out there and actually do it: Nobody will do it like WWE. Period."

The evolution of wrestling and WWE:

"I think we're at the forefront. We have one of the strongest social media platforms in entertainment, if not the strongest. We're right ahead, we're living it, we're trailblazing. They're doing case studies on us, that's where we're at. It comes down to the little things, we do the little things proper, always making sure the little details are correct. I think that's how we take things to the next level. We're lightyears ahead when it comes to that. I have fans everywhere, all over the world and every single person in our locker room can say that. There's nothing like us, we're lightyears ahead."