München und Frankfurt am Main - Live premiere on German TV for eSports tournament ESL One: SPORT1 to show the final of the ESL One Frankfurt 2016 live and exclusive on free-TV.

On Sunday, June 19, SPORT1 will show the final of Europe’s biggest Dota 2 festival exclusively on free-TV from 8:00 p.m. And in a double premiere, SPORT1 will show not just ESL One but also the popular online video game Dota 2 for the first time live on German free-TV. As well as the TV coverage, SPORT1 will also stream the event live from the Commerzbank-Arena in Frankfurt on SPORT1.de from Friday June 17. Altogether on this weekend, SPORT1 will present up to 30 live hours of premium eSports on its platforms. And as always, eSports fans can look forward to comprehensive coverage on the eSports channel at SPORT1.de and on the SPORT1 app.

Ivo Hrstic, Director Digital at Sport1 GmbH: “By showing the final of the ESL One Frankfurt 2016, we’re offering our viewers an absolute eSports highlight as a live premiere on German free-TV, plus the entire weekend on livestream. With the extensive coverage on our eSports channel at SPORT1.de, we are already one of the leading destinations for eSports fans in Germany. We now want to utilize our potential as a 360° multimedia sports platform and offer this booming sport a genuine home – in collaboration with ESL as a strong partner in the eSports segment.ˮ

"It has always been our dream to make eSports one of the world's most popular sports," said Ralf Reichert, Managing Director of ESL. "To distribute our content through traditional television channels isn't just an opportunity that lies close to our hearts: it is also a milestone that when reached will help grow eSports and its popularity. With this partnership we come one step closer to our mission of reaching every gamer in the world, which with the experience and competence of SPORT1 is sure to become a reality. We look forward to working closely with the SPORT1 team."

For the third time in succession, the eSports tournament series will be held in the Commerzbank-Arena in Frankfurt, Germany – and this year SPORT1 will be right there live. Sunday June 19 from 8:00 p.m., the channel will show the final of the ESL One Frankfurt 2016, exclusive on free-TV. As well as the TV coverage, from Friday June 17 on livestream at SPORT1.de,SPORT1 will show the group stage with original English commentary, and Saturday June 18 the knockout stage with additional German commentary.

The ESL One Frankfurt 2016 will see the world’s best eSports teams battling it out in Dota 2, one of the world’s most popular online games, to win 250.000 US Dollars in prize money. Group A features Team Liquid, Alliance, Fnatic, and Vega Squadron, while group B consists of OG, compLexity, LGD, and Na'Vi. All teams play in a best-of-three double-elimination system for a place in the playoffs. The winners of the two semi-finals will then face each other in the grand final on the Sunday – live on free-TV on SPORT1.

On the eSports channel at SPORT1.de and on the SPORT1 app, SPORT1 offers news articles, event reports, background stories, interviews, picture galleries, videos, livestreams, and much more around the most popular eSports games, with special focus on favorites League of Legends, Dota 2, Hearthstone, StarCraft II, and Heroes of the Storm. SPORT1 can also be found live at the major eSports events, most recently at the Intel Extreme Masters 2016 in Katowice, Poland, and the League of Legends Mid-Season Invitational 2016 in Shanghai, China. Plus, every Tuesday, host Denis Heil presents all the big news from the world of eSports in the online news format "Inside eSports". 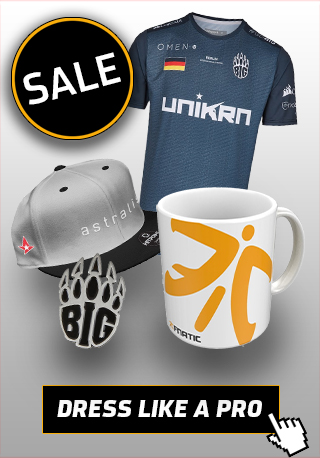